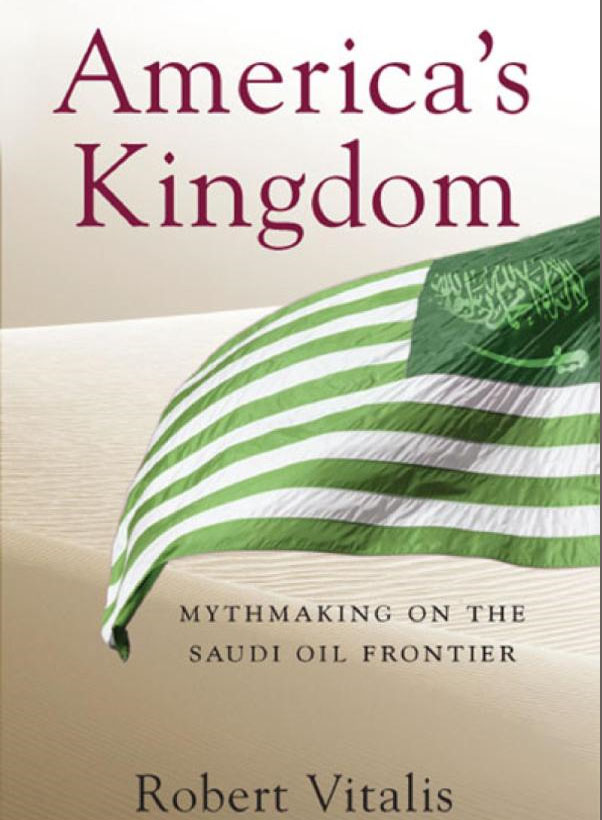 I finally got around to this book which I had wanted to read ever since the spirited discussion of it on the short-lived Qahwa Sada. It’s a history of ARAMCO and US-Saudi relations between the 1930s and mid-60s that aims to debunk myths that the oil company was a benevolent, modernizing actor in the kingdom that provided its workers better conditions than other mining operations in contemporary Iran, Venezuela, etc.

Robert Vitalis re-trained himself in African American Studies to better advance the book’s main argument, that ARAMCO brought 1930s America’s Jim Crow social and labor practices with it when it opened its drilling operations on Saudi Arabia’s east coast.  In place of the standard narrative of ARAMCO bringing the kingdom into the modern world, he argues that progressive Saudis, whose writings he likens to Booker T Washington, had to drag the oil company into the 20th century through a series of strikes and labor actions that had previously been minimized or unreported.

He digs up a ton of great stuff on the gaggle of Arabist-spies that ARAMCO employed in its government affairs shop ready to turn any given Saudi royal from a ‘forward-looking reformer’ to a ‘profligate drunk’ and back again depending on how the political winds were blowing.

Very well-written book.  It makes other books on Saudi read like the Hardy Boys, and is also a very important historical reference point for current labor practices in the Gulf.